The upcoming FIGO (International Federation of Gynaecology and Obstetrics) Regional Congress of Middle East and Africa (11 – 13 April, Intercontinental Hotel, Dubai Festival City) is celebrating the 50th anniversary of the first use of Anti-D Immunoglobulins to prevent Rh sensitization, a condition that can occur during pregnancy in Rh negative women and can lead to Hemolytic Disease of the Fetus and Newborn (HDFN).

Hemolytic Disease is often fatal for the fetus or newborn and can cause late miscarriage, stillbirth, early post-natal death and life-long disabilities in surviving babies.

Fifty years ago, the discovery of Anti-D Immunoglobulins was a medical breakthrough that resulted in a dramatic reduction in the incidence of HDFN in many parts of the world.

“Anti-D Immunoglobulins have nearly eradicated HDFN in the developed world,” points out Professor Gerard Visser, Chairman of FIGO’s Standing Committee for Safe Motherhood and Newborn Health. “However, the implementation of protocols for the sustained use of Anti-D has been insufficient in much of the developing world, resulting in some 300,000 infants dying or being severely handicapped annually, 50 years after its introduction. One of the issues that we will address at the Regional Congress in Dubai,” continues Visser, “is how to meet these challenges and move forward with getting protocols for the use of Anti-D accepted and applied in more countries where HDFN remains a real problem.”

The prenatal protocol with Anti-D Immunoglobulins, introduced in the 1970s in the USA and Western European countries, prescribes screening for all pregnant women and possible administration of treatment. These two steps have led to a sharp drop in the incidence of HDFN in these countries and in many others. In particular, it has resulted in a reduction in the number of serious cases that triggered stillbirths or contributed to increased infant mortality and morbidity. Currently, thanks to Anti-D, cases of HDFN registered annually in more developed countries are rare and Anti-D immunoglobulins are considered the standard of care for preventing Hemolytic Disease in all of North America, Europe and Australia.

Even though it is no longer considered a threat for newborns in many countries, HDFN is still a serious public health problem in vast areas of the world. In countries that do not yet have disease prevention protocols in force, up to 14 per cent of the fetuses affected die at birth, whereas 50 per cent of the newborns affected either die in their first days of life or suffer from brain damage (an estimated  300,000 victims are reported worldwide each year).

Although Anti-D Immunoglobulins are on the World Health Organisation’s List of Essential Medicines, many of the countries where this preventative treatment is most needed lack access to this prophylaxis, do not have appropriately trained medical personnel, or other resources needed to enact the necessary protocols.

An event held at New York’s Columbia University in February kicked off the 50th anniversary celebrations and launched an unbranded global educational campaign to improve the awareness of this disease and the treatment therapies available throughout the world. This campaign, which is supported by Kedrion Biopharma, has been taken up by the sector’s leading international scientific societies. Amongst these is FIGO, which, during its upcoming Regional Congress in Dubai, is dedicating a session of the scientific programme to this topic, followed by a specific Stakeholders Meeting, both aimed at drawing attention to the critical issues that still exist.

On Thursday 12 April at 1pm, the Secretary General of FIGO, Gian Carlo di Renzo, will chair a discussion on ”50 years of Anti-D: achievements and challenges” and will be joined by Professor Gerard Visser, Chairman of FIGO’s Standing Committee for Safe Motherhood and Newborn Health and Rubina Sohail, Chair of the South Asian Federation of Obstetrics & Gynaecology (SAFOG). During the session, the panelists will celebrate Anti-D as a milestone for the health of mothers and babies all over the world, while increasing the international scientific community’s awareness of the problem. One expected outcome will be how to bridge the existing gaps in access to Anti-D immunoglobulins-based preventative treatment. 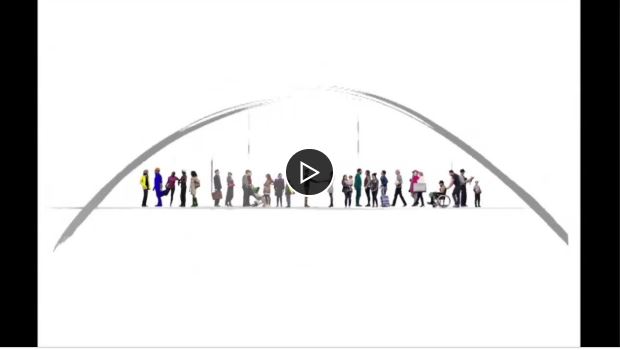