Castelvecchio Pascoli (Lucca, Italy), 13 August 2019 – The Board of Directors of Kedrion S.p.A., a biopharmaceutical company that collects and fractionates blood plasma to produce and distribute plasma-derived therapeutic products, has today approved the financial results for the six months ended 30 June 2019.

The following key figures are reported on a consolidated basis.

One-off costs for the period dropped to Euro 34.3 million with a 8.6% decrease respect to the same period 2018, of which Euro 13.3 million related to the Melville operational restart.

Kedrion made total gross investments for Euro 24.9 million (Euro 36.3 million in the first half of 2018), of which Euro 12.1 million dedicated to the plasma segment. As of 30 June, the Group’s network included 25 plasma collections centers, of which 18 in the United States and 7 in Hungary.

At the beginning of the year, US Food and Drug Administration approved all the intermediates produced in Melville giving the final green light to the operational restart after the full refitting of the plant.

The restart of the Melville fractionation activities contributed to the increase of net working capital reaching Euro 352.8 million, compared with Euro 298.9 million at the end of 2018. 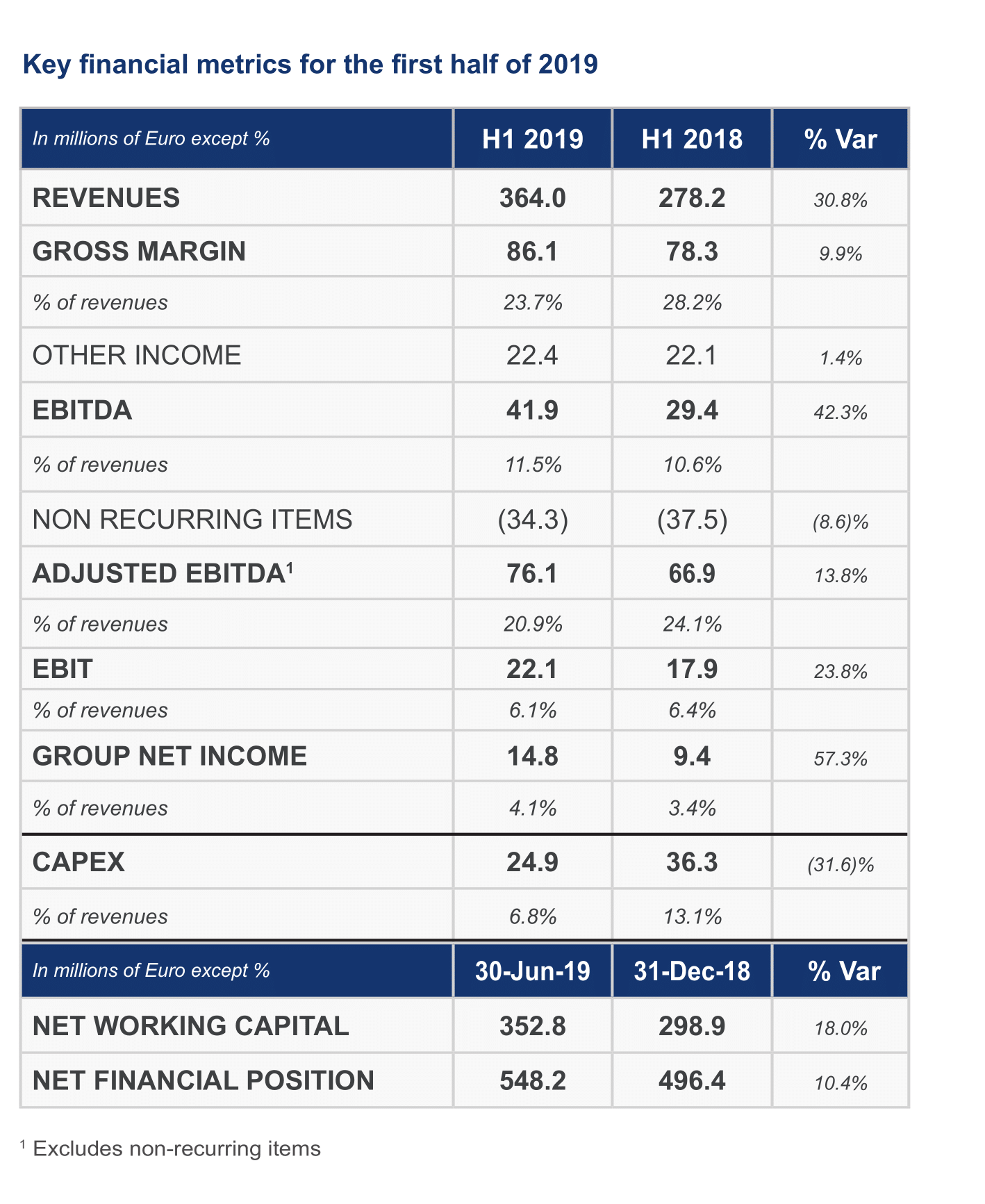 READ THE UNAUDITED CONSOLIDATED FINANCIAL STATEMENTS AS AT 30 JUNE 2019

Kedrion is a leading biopharmaceutical company that specializes in the development, production and distribution of plasma-derived therapeutic products for use in treating serious diseases, disorders and conditions such as immune system deficiencies and coagulation disorders.

The Company operates through a fully integrated business model from the collection of plasma in its own centers in the United States and Hungary to fractionation and production in its manufacturing facilities located in Italy, Hungary and the United States.

Headquartered in Castelvecchio Pascoli (Italy), Kedrion has about 2.500 employees and a commercial presence in approximately 100 countries worldwide.

Kedrion places a high value on the welfare of those who benefit from its products, as well as on the people and the communities it serves.

Additional information about Kedrion can be found at kedrion.com